Coming as it did in time for International Women’s Day, the decision of legislators in Virginia, to require women seeking an abortion to undergo a vaginal probe and see ultrasound images of their unborn infants has aroused considerable outrage.  And controversy.

Some (mostly Democrats) see it as an invasion of women’s privacy, if not technically a kind of rape, while others (mostly Republicans) say, with the conservative Family Research Council President Tony Perkins, “This law is a victory for women and their unborn children. We thank Gov. McDonnell and Virginia’s pro-life legislators for their work to ensure that women have all the facts and will no longer be kept in the dark about their pregnancies.”

I have a modest proposal that would resolve the issue.  In Virginia, Texas, and the six other states that now mandate this procedure, let Army and other military recruiters be veterans who have lost an arm or a leg or been otherwise traumatized in combat.  Let every recruiting station show continuous images of innocent noncombatants who died, including under attacks by American drones.  Let the recruiting centers display that Russian proverb, “Every bullet finds its target in a mother’s heart.” And above all, let each prospective recruit and his or her mother be advised that he or she is not at all unlikely to commit suicide after undergoing the dehumanization of basic training (“basic” to all violent systems) and coming to realize the horrible hypocrisy of what they have been brought to do by a heartless state.

And especially in Texas, the execution capital of the country, let every warden who’s about to order the execution of a death-row inmate talk the matter over with the inmate’s mother.  Let the executioners themselves listen to the heartbeat of the prisoner and hear his (or her) own story of how they were led by a violence-prone society, with its mass-media culture, to commit the crime.

Who ever heard of a morality that says you’re sacred until you’re born? 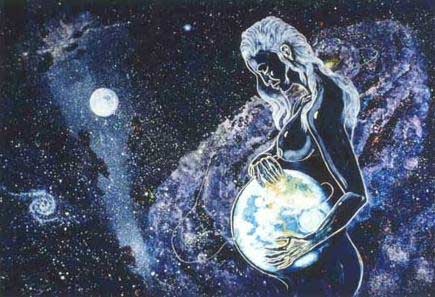 If truth is the first victim in times of war and violence, women are a close second. In the war epics of ancient Greece there is a repeated formula that I will crudely but not inaccurately translate, “I’m in charge here, because I’m the one who controls the women.”  It is not possible to have a violent society in which women are treated with respect.  Often the very act of war is construed as rape.  On the side of British jets gearing up to bomb Iraq the men painted a reclining woman labeled “Iraq” or “Saddam” about to use a bomb as a sexual object.  The f-word became the standard American verb for ‘hurt’ or ‘kill’ in Army parlance.

The victimization of women in war, and the dehumanization of women as the mental preparation for war, are an unfortunate, unavoidable extension of our violent culture by other means.  For all these reasons, the pious reverence for (unborn) life that wells up in conservative hearts has to be set down to thinly disguised hypocrisy.

At the same time, life is sacred, and let’s face it: abortion can be traumatic; it can break the most deeply-held bond of human connectedness, the bond between mother and child.  We should encourage conservatives to shed their hypocrisy, not their sensitivity — that, on the contrary, they should expand. And we should insist that if they oppose abortion — and condemn it for the sexual license it enables, as the hateful remarks of Rush Limbaugh make clear that they do, let them join us in doing something to curtail unwanted pregnancies in the first place.  Let them raise their voices against the use of sexual arousal to sell everything from cars to toothpaste; yes, even if it means the end of advertising as we know it. (Near the news of the Virginia Governor’s decision that I read this morning was an ad, “Sexy cars at the Geneva Motor Show”).  Morality is too important to be left to the politicians.

Return to Metta’s homepage
Logging In...