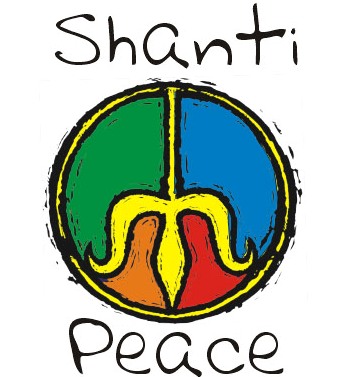 Portland, OR –Seventeen people from across the United States and Canada, committed to nonviolence and teaching the tools of third-party nonviolent intervention, gathered this weekend at the Whitefeather Peace House in Portland, Oregon to discuss unifying their efforts to create a nonviolent response to violence in their local areas.  The three-day gathering resulted in the creation of the Shanti Sena Network (SSN). ‘Shanti Sena’ was a term coined by Mahatma Gandhi, and it means “peace army.”

Gandhi scholar Michael Nagler said “The purpose of this work should ultimately hinge on the uplifting of the human image as powerful creators of nonviolent change.”

Gandhi saw the Shanti Sena as composed primarily of volunteers whose mission is to provide constructive, creative avenues for violence prevention and control, and felt it would be crucial to the development of world peace; he thought that any truly free society must be able to manage its own conflicts without resorting to violence or fear lest it become obligated to a military class and thus forfeit significant parts of its democracy.

Currently, the SSN plans to meet quarterly as they begin building the national network.

Mary Hanna is an organizer for Michigan Peace Teams based in Lansing, Michigan.

*If you would like to participate, please write: info@mettacenter.org*